One of the finest music sites out there at the moment is The Quietus. It’s full of fine music commentary, opinions, interviews and intelligence. The Baker’s Dozen is a selection of 13 albums by an artist. For what ever reason. I thought it would be a nice exercise to write mine.

It’s no mean feat to pull 13 albums out of a hat that feel significant. Most are fairly autobiographical or visceral and were selected easily. It took a while to find the remaining few that felt right. They’d probably change in a few weeks time. Maybe after another decade or so, thirteen would be easy to grab.

More interesting has been to keep track of what’s not included. There are a lot of albums with that ‘one perfect track’ for which you suffer the remaining forty minutes of bilge. Services like Spotify and Pandora are fantastic to allow you to compile playlists and scythe through situations like these but you still have to listen to a lot of music to find the gems. But do they qualify here? With one exception, in retrospect, the answer seems to be no. I’ll leave you to find out which one that is. 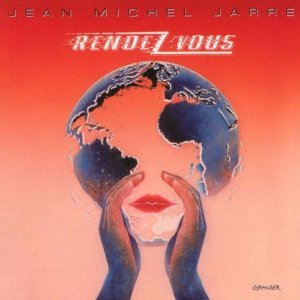 I wouldn’t be a fan of music without Jean-Michel Jarre. There wasn’t really any music around the house so I hadn’t listened to much beyond a few videos of TV. Our music teacher had asked the class to bring in and play their favourite thing. I had brought nothing and simply endured. I remember the last track played being Duran Duran’s The Reflex and thinking “Thank God that’s over.” There were two minutes left before the klaxon so the class chatted while teacher put his own music on. And I stayed in the classroom for the entire of break to listen to as much as I could. He’d put on Jarre’s Oxygene. I’ve no idea why a ten year old would be so blown over by it, but there you go.

So why Rendez-Vous rather than Oxygene? Easy—Part 5 is the first piece of music I was so moved by it made me cry. 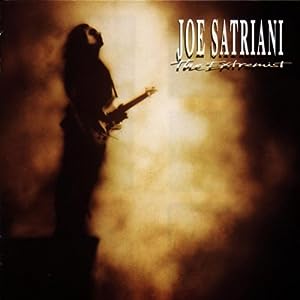 Not long after the Oxygene incident, a different music teacher told the class the school was hiring a guitar tutor for a day a week. Did anyone want to learn? Seeing this as a great excuse to not attend Geography (bloody oxbow lakes) and remembering an old classical guitar in the back of my mum’s wardrobe, I stuck my hand up. Naturally I then started borrowing tapes of rock bands from school mates. Number of the Beast came first accompanied by a summer of badly imitating Dave Murray and wondering how so many notes could be played so fast.

We were on a school trip somewhere and the two guys in front of me were sharing a walkman listening to a bright pink tape—Steve Vai’s Passion and Warfare—and a red one—Joe Satriani’s Surfing With The Alien. I can’t recall why I didn’t connect with Surfing at the time, but I do vividly remember The Extremist being the first tape I bought on day of release, and the first I broke with constant listening. Actually, I broke the tape twice—thank heavens for CDs.

I can replay it almost to the second entirely in my head. It has absolutely no weak tracks. 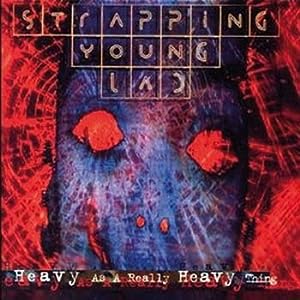 One of the many gear changes Steve Vai has made in his career was to follow up Passion and Warfare, which many still hold up as one of the best shredders’ albums ever, with Sex and Religion, a band effort that brought forth the heaviest, evil-sounding music he’s ever done and in hindsight was the template for several of his later albums. Adding to the core of this sound was a 19 year old canuck named Devin Townsend who brought a love of Godflesh, Grotus and other heavy influences with him.

Devin didn’t really enjoy being the singer for hire in Vai’s band, left and recorded Heavy as a Really Heavy Thing under the monicker Strapping Young Lad. Dripping with frustration, anger, rage, and a wall of noise that would drop you from fifty yards, it is still an amazing thing to listen to. The next album ’City’ is arguably "...Heavy Thing" done better, but this was the turning I made down the path into darker, more extreme musical realms. 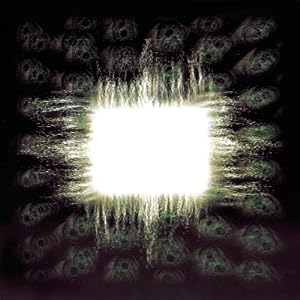 It is a very privileged position to find yourself in a university magazine office happy to review music that no-one else wants to touch and films that no-one else wants to see. Aenima came in one day in 1996, got a listen or two, and got put on a shelf for several years. This is, of course, not how Tool should be heard. All their albums are thick with juicy layers to be peeled back with repeated listening and persistence. It took until Nine Inch Nails’ The Fragile and Tool’s follow-up album Lateralus appeared and I was now editing books that I started to rediscover the joy of hearing music I had lost towards the end of my reviewing days.

So why Aenima rather than Lateralus or indeed 10,000 Days? They’re all great and I’d heartily recommend them but Aenima just seems more consistent. 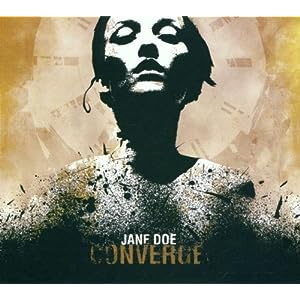 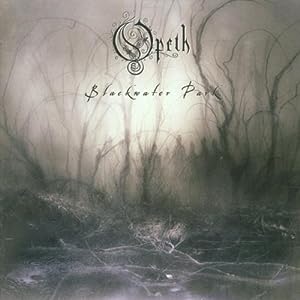 I love hearing something completely new. "Lend me some good music Chris", I said. And I was handed what are now regarded two classics of their particular genre.

Converge’s Jane Doe is the sound of someone’s face being torn off with sound. You will never forget the first time you hear the opener Concubine \ Fault and Fracture. Jacob Bannon’s tortured screaming over Kurt Ballou’s frenzied guitar is terrifying and compelling. Then slower tracks like Hell To Pay and Thaw salve with one hand and saw with the other. There’s hardcore and then there’s Jane Doe.

Opeth’s Blackwater Park meanwhile is about as good as black metal with screamy\not-screamy vocals gets. Metal Hammer once put an April Fool article in their magazine entitled something like "Opeth Releases Crap Album". They’ve still not made a duff thing in ten albums and Blackwater Park will remain Mikael Akerfeldt’s crowning achievement. 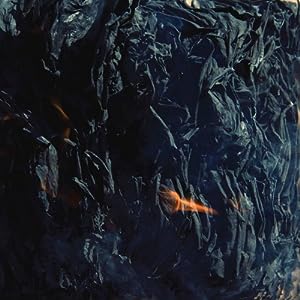 One of the people I worked for also co-ran his own electronic music record label, Type. I took this coincidence as an opportunity to delve into electronica, ambient and boomkat music and see what I liked. Type is fortunately not rooted to one style of audio and I can think of many reasons to include one of its albums in this list, but Ghostly International’s SMM Context compilation is just wonderful in every way and a better example of everything I like in it today.

There’s warmth in the innocent nostalgia of Goldmund’s treated piano and the sunset of fading memories in Leyland Kirby’s acoutic guitar. Equally, there’s a cold touch on your shoulder of more sinister haunted sounds in Svarte Greiner’s “Knives” and fat, wet raindrops on your black umbrella as you walk away from a funeral lost in thoughts and memories as described in Christina Vantzou’s “11 Generations of my Fathers”. And that’s just the first four of the ten tracks on offer here. The remaining six are no less cinematic but deserve your own intepretation fresh in the hearing, untainted by my own scene placing. This is music that is not rushed, a series of textured tales to weave your own memories into. One to listen to in darkness, or while watching the rain. It is the soundtrack to the best movie never made—one to be reimagined with each luxurious listen. 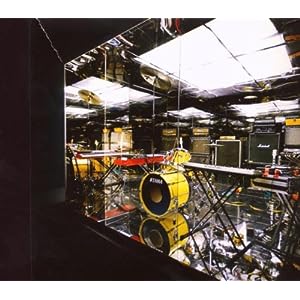 I’ve scrobbled pretty much all my digital music listening to last.fm or Zune. To my surprise, I found Battles in my top ten listened artists of all time next to all the bands I expected to see there. Which means I listened to five tracks on Mirrored—Race:In, Atlas, Tonto, Leyendecker and Race:Out—way more than I’d ever realised. 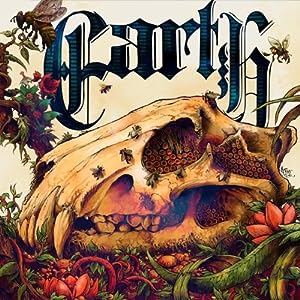 Earth : The Bees made Honey In the Lion’s Skull

What makes this album quite so astonishing to me is how evocatively slow it is. When you’re listening to Vai, Satriani, Gilbert and many others noodling solos at 150bpm and then slam into an album at barely 60bpm for its entirety which has no sense of waste or drag to it, it’s an amazing thing. ...Lions Skull is like lying in a field of corn in Tornado Alley with the air crackling expectantly around you as watch the darkest, most massive thundercloud be blown ever slowly, ever inevitably towards you. 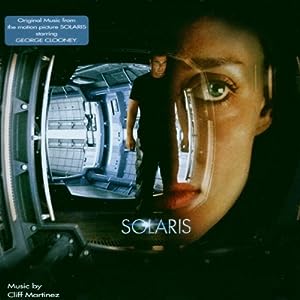 I do love soundtracks. Vangelis’ Blade Runner soundtrack began my love for them. It is still one of the best albums to play on a rainy night. More recently I’ve auto-purchased anything Clint Mansell has written. The Fountain and Moon are chuffing amazing.

And then there is Solaris. Cliff Martinez’s contribution to Steven Soderbergh’s remake of the seminal exploration of self-examination and alienation is simply, perfectly pitched. 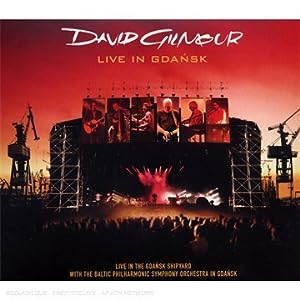 Effectively a Best of Pink Floyd and his solo work in one go, Live in Gdansk is also a wonderful live album and document of the most iconic guitar sound ever. Ever. 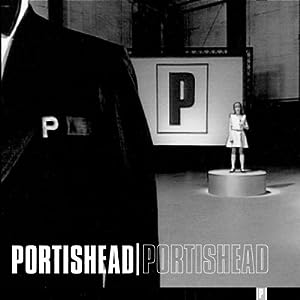 There must be Portishead. It doesn’t actually matter which of the three albums to be honest. I’ve chosen the second purely for ’All Mine’, but they are all equally vital to hear, even if you then wrongly choose not to like them. 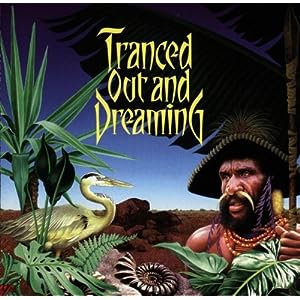 Various : Tranced Out And Dreaming

It’s hard to wear out a CD in the same way you do a tape. But you can keep buying a copy and then losing it. I’m on my third or fourth copy of Megadeth’s Symphony of Destruction now. And then there’s TOAD—probably the only trance album I tried to hold on to from review days and the only CD I own that keeps on bloody disappearing.

Bugger it, it’s my site, so here’s a bakers dozen of those ’one perfect songs’ that didn’t quite elevate their long players into the list.